Moderna Inc’s CEO says the novel coronavirus will never disappear and will likely be around ‘forever.’

During a panel discussion at the JPMorgan Healthcare Conference on Wednesday, Stéphane Bancel echoed comments from public health experts who say COVID-19 is likely going to become an endemic disease, meaning it will always present in the population but circulating at low rates.

‘SARS-CoV-2 is not going away,’ Bancel said, according to CNBC.’ We are going to live with this virus, we think, forever.’

Additionally, he said he believes the firm’s coronavirus vaccine will be effective against infection by any of the new variants from the UK, South Africa or Brazil.

Moderna CEO Stéphane Bancel (pictured) spoke at a panel discussion at the JPMorgan Healthcare Conference on Wednesday, stating the coronavirus is not going to disappear and the general public is going to have to live with it ‘forever’ 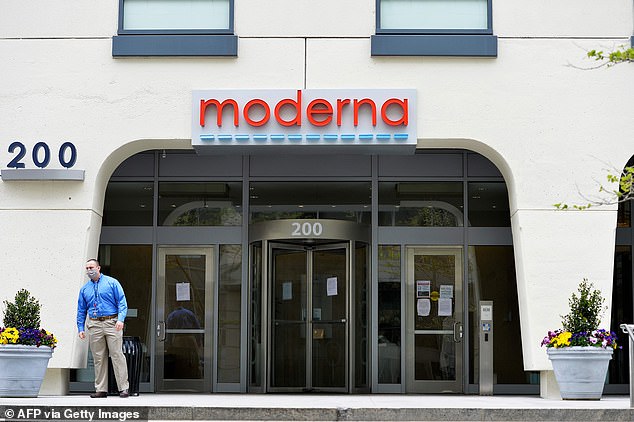 Bancel added that he believes the firm’s vaccine is protective against the new variants from the UK, South Africa and Brazil. Pictured: Moderna headquarters in Cambridge, Massachusetts, May 2020

Moderna’s vaccine was developed in partnership with the National Institutes of Health.

It uses part of the pathogen’s genetic code called messenger RNA, or mRNA, to get the body to recognize the coronavirus and attack it if a person becomes infected.

The candidate, called mRNA-1273, works by tricking the body into producing some of the viral proteins, which the immune system then recognizes and builds a defensive response against.

It was approved for emergency use authorizations by the U.S. Food and Drug Administration on December 18. 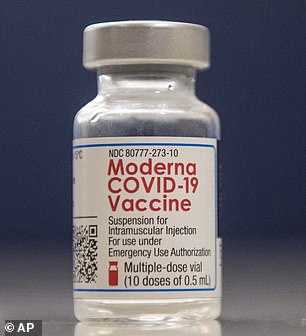 Researchers from Moderna are currently studying whether or not a third booster shot will help extend immunity. Pictured: Moderna’s vaccine at Augusta University in Augusta, Georgia, December 2020

At the conference, Bancel said health officials across the world will have to diligently keep track of any variants that mutate so scientists can produce vaccines against them, reported CNBC.

Wisconsin and New Mexico each reported their first case of the super-infectious UK variant on Wednesday.

Additionally, Ohio scientists discovered two more-infectious, homegrown variants of the virus, which was announced on Wedneday.

One strain is virtually identical to the UK variant, but evolved independently in the U.S. A second is completely unique to the country and has become dominant in the state’s capital of Columbus. 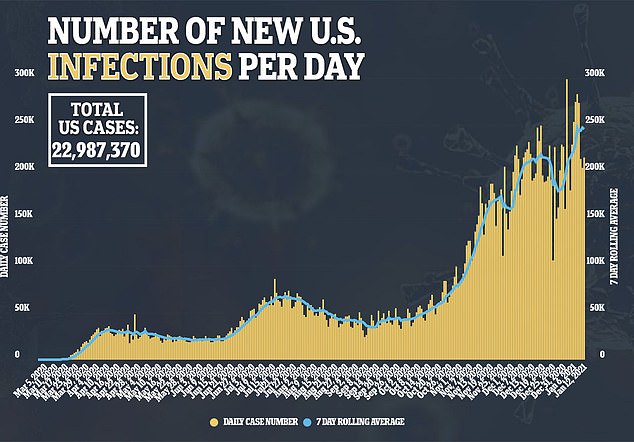 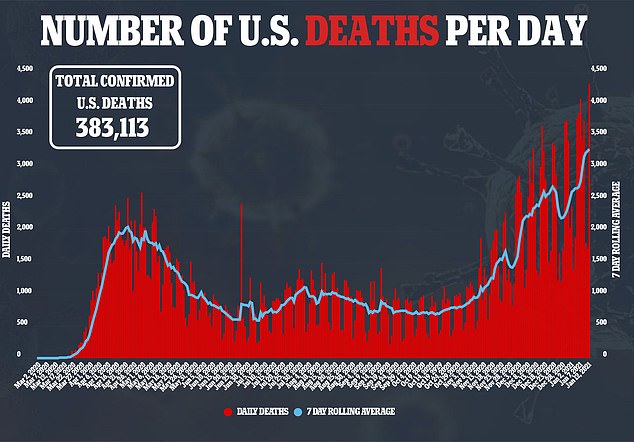 Recently, a study found that Pfizer’s vaccine was effective against the new variants and Bancel said on Wednesday that he expects Moderna’s to provide protection.

‘I think the question is more medium term as the virus continues evolving over time,’ Bancel said.

‘I’m not worried for the short term but we are watching that very closely because I think that we might be moving into a world where we need new strains of vaccine down the road – but not in the short term.’

Moderna officials also spoke at the JPMorgan Healthcare Conference on Tuesday, saying they believe immunity from the vaccine lasts for at least a year.

Dr Tal Zaks, Moderna’s chief medical officer, said the company is researching whether or not a third dose would prolong immunity.

‘We think there is an opportunity to boost, especially the ones at high risk, should you need it,’ he said.

The hospitals where Covid admissions are FALLING

Gary Gensler Is Reportedly Biden's Pick to Lead the S.E.C.

WHO research team arrives in Wuhan to investigate COVID-19